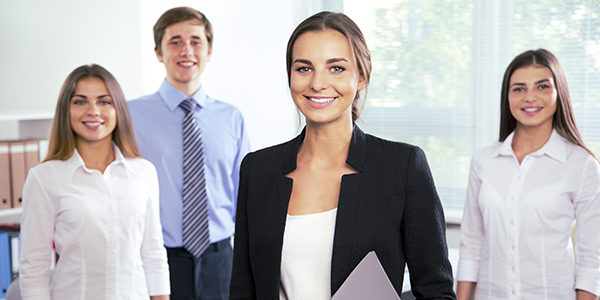 Funeral directors share a long history of service to families in the U.S. and beyond. Here you will find articles describing the funeral service profession, details about how people enter the field such as licensing and education, and stories about the wide range of activities funeral directors take part in.

In general, an individual who wishes to become a funeral director must complete a course of collegiate-level study in funeral service.

This consists of at least 60 semester credits, or 90 quarter credits in an institution approved by the New York State Department of Health or by a recognized accrediting agency.

In addition, the particular institution will also require certain electives to be completed as part of the course of study.

Following their two years of mortuary science studies, aspiring funeral directors must serve a one year residency in a funeral home before becoming fully licensed professionals.

After completing these academic requirements, a license is necessary before one can operate as a funeral director.

To obtain such a license, an applicant must pass a funeral directing examination prepared or approved by the New York State Department of Health to determine knowledge and fitness.

The individual must also submit satisfactory evidence of good moral character to the Health Department.

Up to 50% of the continuing education requirements may be met by using technology-based media such as the Internet, teleconferencing and satellite seminars.

All costs associated with implementing and administering the new program will be borne by the state's funeral directors through their licensing and registration fees.

The NYSFDA believes that the continuing education program benefits the general public by helping funeral directors maintain a high level of knowledge.

Funeral directors are also better positioned to remain current with the many State and federal health, safety and price disclosure regulations governing the profession.

Opportunities for a Career in Funeral Service

Due to the nature of funeral service, securing and maintaining a position within it has been traditionally regarded as fairly secure.

There is always a need for well-trained funeral service professionals and employment opportunities are expected to grow.

Funeral directors are retiring in increasing numbers (more are age 55 and over compared with workers in other occupations), and the number of deaths are increasing with the aging of the American population.

The United States Department of Labor has noted that funeral directing is one of 76 occupations requiring post high school study that are projected to grow.

And funeral service is personally rewarding. It is a career that commands respect and recognition.

There is one common thread that unites people who are interested in becoming funeral directors.

They are compassionate people who wish to serve families and help them through a difficult time in their lives.

High school students who are contemplating a career in funeral service can prepare by taking courses in biology and chemistry, and participating in public speaking or debate clubs.

After graduating from high school, students interested in pursuing a funeral service career should study for an associate or bachelor's degree granted by an institution accredited by the American Board of Funeral Service Education (ABFSE).

At least 60 semester credits are required; at least 25% in general, non-technical subjects.

Many programs also require an internship at a funeral home.

Demand is great for graduates who have prepared themselves for funeral service management positions by selecting business and communication courses as part of their college studies.

Careers in funeral service are also suitable for others who decide to change their vocations -- retirees, professionals and members of the medical profession such as nurses who are seeking a second career, or single moms who are looking for part time work.

Funeral Service is a Rewarding Career

If you are compassionate, sensitive to the needs and emotions of others and have a strong desire to help people, then becoming a funeral director might be an excellent career choice for you. There is always a need for well trained, qualified funeral service professionals.

There are emotional and spiritual rewards for those who choose funeral service as a career as well as approval from the community.

According to a Gallop Poll of consumers, funeral directors are ranked among the top ten most trusted professionals.

In general, an individual who wishes to become a funeral director must complete a two year course of collegiate-level study in funeral service consisting of at least 60 semester credits or 90 quarter credits in an educational institution approved by the New York State Department of Health or by a recognized accrediting agency.

There's a mandated course of study in Mortuary Arts and Sciences which covers such subjects as embalming, restorative art, anatomy, chemistry, microbiology, pathology, and personal and public health biology practices.

In addition, the particular institution will also require certain electives to be completed as part of the course of study. In some cases, scholarships are available for those who qualify.

Upon fulfilling these academic requirements, a twelve month residency must be satisfactorily completed. After that, those interested in being licensed as a New York State funeral director must pass an examination prepared or approved by the Department of Health to determine knowledge and fitness before he or she can operate as a funeral director.

As of June 2002, funeral directors operating in New York State must complete an additional twelve hours of continuing education instruction every two years to ensure that they remain current with new developments in funeral service.

If you are considering a career in funeral service, speak with several funeral directors in your neighborhood who will be happy to answer any questions you have.

Funeral service is a career choice that appeals to men and women alike. In fact, more and more women are entering funeral service.

It is an honorable and vital profession that provides a needed service, which comes at one of the most difficult times in a person's life.

Families rely on funeral directors for quiet support during times of emotional stress and advice on end-of-life issues. 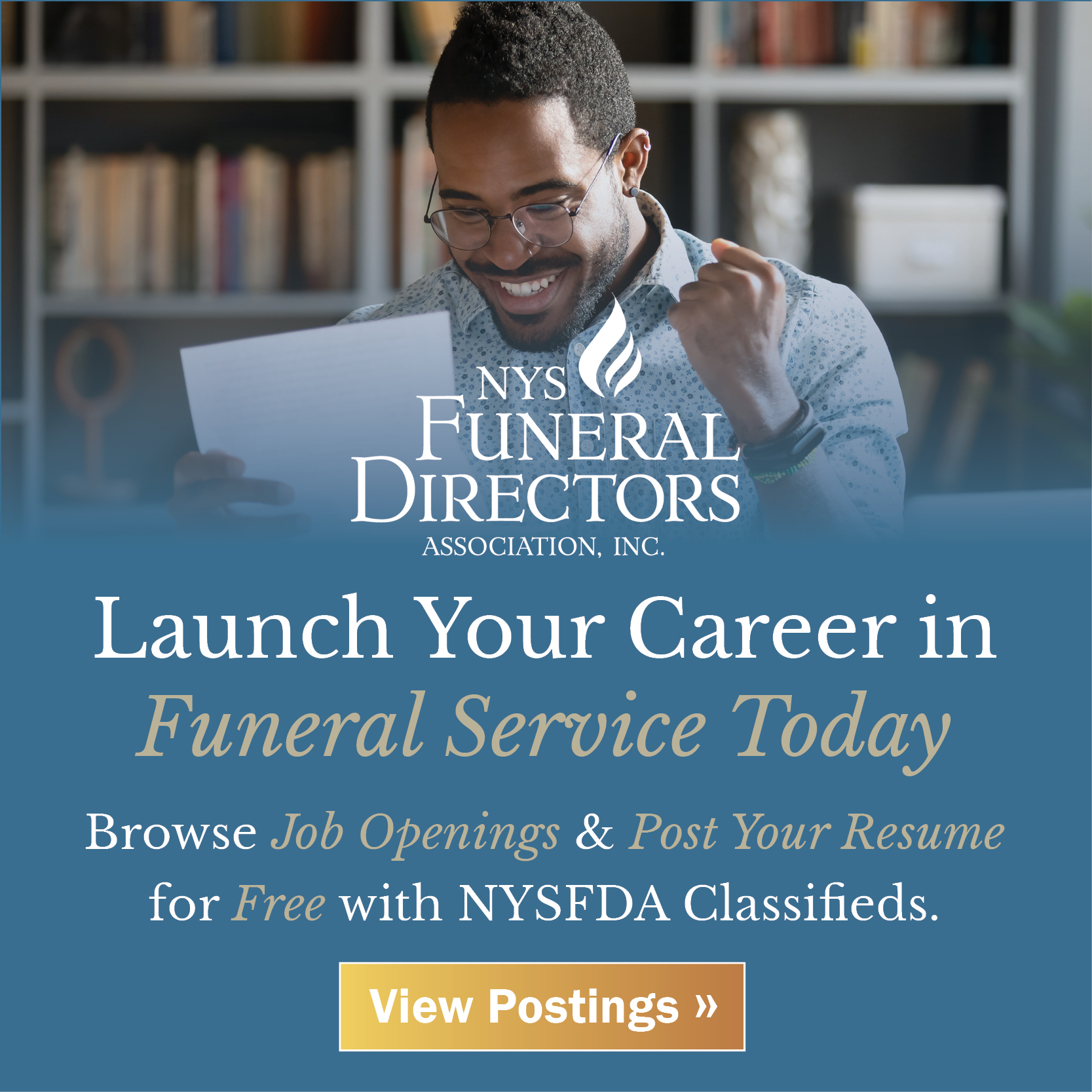